Being charged with driving under the influence, or DUI, is a serious matter, but when an individual is charged with DUI for the second time — the level of severity is escalated. As you might imagine, the consequences of a conviction can easily be double that of the first offense. Legal guidance is essential in this instance.

Often, people assume that past guilt will always mean present guilt when accused of the same offense, but in the eyes of the law, this way of thinking is not acceptable. Just because you were charged and convicted of this crime in the past, a second charge does not mean that you are automatically guilty. You have the right to go through the entire legal process and only if there is evidence to prove guilt will you be convicted.

Speak with a DUI attorney to learn more about the local law. In some states, a repeat DUI is only counted as a repeat charge if it occurs within a set period, such as within three years of the first conviction. If the charge is outside this window, it will count as the first offense. Second, in some states, a repeat conviction can escalate the charge from a misdemeanor to a felony, and in other states, the charge remains the same.

Find out more about any mandatory sentencing guidelines that might come along with a conviction on a second DUI. For example, in some states, if a person is convicted of a DUI for the second time, the individual may be required to serve a certain number of days behind bars, such as ten days. When there is mandatory sentencing, there is nothing you can do to avoid the sentence if convicted, so it is important to fight your case and avoid a conviction.

Fortunately, even with a repeat violation, some people have the option of receiving an alternative penalty. Often, this alternative penalty can come in the form of a rehab or treatment program, instead of a jail sentence, but only if certain conditions are met, such as a guilty plea. However, an attorney will increase your chance of receiving this type of sentence, so it is best to have representation on your side.

If you have been charged with DUI, be sure you speak with a legal professional as soon as possible to ensure you are protected. 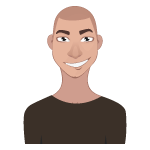